Manchester United captain Harry Maguire tweeted this morning with a simple message that reads, “Let’s everyone stay united” in capital letters with a photo of the 2013 Champions bus procession. Harry Maguire, the captain of Manchester United, was present with a clear message.

Why did this fall apart so rapidly and in such a peculiar way? So, let’s have a look at what was going on behind the scenes at these clubs.

Between the ring leaders who were pushing for this and the other clubs, there was a lot of anxiety, dispute, and conflict over what they had actually signed up for. With American-owned teams Manchester United, Liverpool, and Arsenal, the ringleaders make no mistake. Many of the other clubs rapidly began to have second thoughts about what they had signed up for, believing that they were signing up for something professional, well-thought-out, and correctly pitched to the public, when it became clear that this was not the case.

They awoke to massively bad headlines in all media and negative reactions from fans, FIFA, UEFA, and everyone else involved in the sport. Naturally, they expected their side of the story to be told, a communication strategy to be implemented. The supposed benefits of this European Super League to be communicated to the world. Still, all they got was a deafening silence, except for a ludicrous interview given by Florentino Perez, President of Real Madrid and Chairman of the Super League, to a bizarre Spanish TV journalist.

When the owners and executives of these clubs looked at those lines and realized what they’d agreed to, they were shocked. They started to have cold feet and felt as if they’d been strung out to dry. Keep in mind that many of the Senior Executives at these teams were kept in the dark and didn’t want to be a part of this European Super League; individuals who operate these clubs on a day-to-day basis didn’t want anything to do with it. They were frantically dialing their owners’ numbers, trying to figure out why they had agreed to this.

Then, as the race progressed, Chelsea became the first team to announce that they would withdraw, and once one club did, it was unavoidable that the rest of the teams would follow suit. Manchester City’s statement makes it apparent that they agreed to participate in a project aimed at establishing proposals for a European Super League.

When you talk to individuals within clubs like Manchester City, Chelsea, and Tottenham Hotspur, they’re almost as if they’re just getting their toes wet. They were following in the footsteps of the other clubs. If anyone is responsible for this disaster, it has to be the clubs, which are mostly controlled by American businessmen who pushed for it to happen. It’s encouraging to see that they’ve confessed to making a mistake and apologized.

The owner of Liverpool, John Henry, has apologized, but it remains to be seen if people will forgive and forget.

Tim Payton of the Arsenal Supporters Trust, an Arsenal fan, stated that they will not forgive.

Can we see supporters thinking, “Well, you know we’ll forget about it now” later down the line? We don’t believe so; we believe there is now a war for football’s future.

These owners’ vision for the future of football is a league in which the great clubs in Europe play one other on a regular basis, with the TV rights for those games sold globally so they can retain the money. That is their vision, and this is why they acquired these clubs.

They did not buy these teams because they like Liverpool or Manchester United. They’ve acquired these teams because that’s the goal, but there’s another view of what football’s future should look like. The vision takes into consideration the clubs’ history, culture, fan experience on match days, and what the clubs mean to their communities. These are the two opposing viewpoints at work here.

If you’re a loyal football fan, you’re hoping that something will be done about it. We may see something that Gary Neville and David Bernstein have long advocated for: an independent regulator to supervise and manage English football. 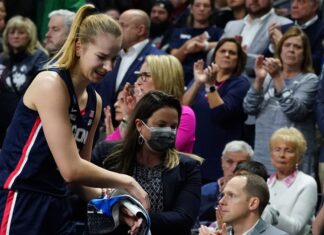 Sports
The UConn Women’s basketball team completed an interesting and extremely exhausting double-overtime victory over NC State in the regional final, as the... 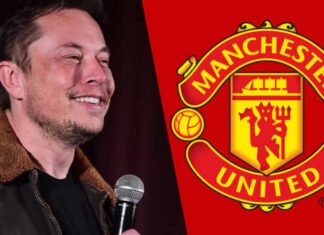 Sports
Manchester United, a football club, heard the shocking news last week when Elon Musk tweeted a message on Twitter. Erik is a...

Top athletes at the Commonwealth Games 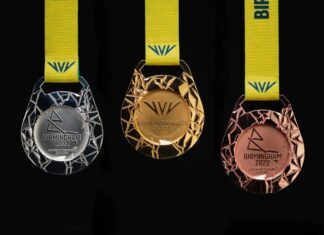 Sports
Commonwealth has been home to some top-class individual performances. It is a multi-sports international event that allows athletes to showcase their talents...