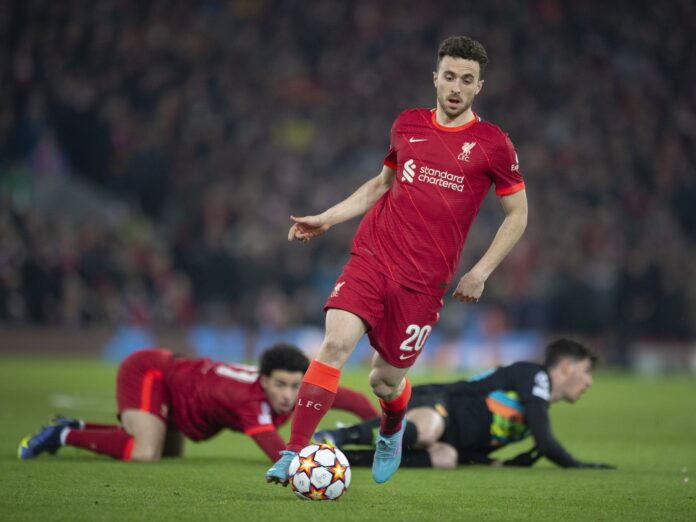 Inter looked the superior team at times on Wednesday, but they’ll travel to Anfield down by two goals. Those anticipating a dominant Liverpool in the opening leg of the Champions League round of 16 at San Siro were likely disappointed. Inter Milan demonstrated their superiority in this round of the tournament, despite the fact that Klopp’s team’s experience and strength proved decisive in the second half of the Reds’ 2-0 first-leg triumph on Wednesday night.

The very first half was quite even, with Hakan Calhanoglu hitting the post and almost giving Inter an early lead. When Inter Milan allowed room for refute, Liverpool were dangerous. Inter demonstrated their ability to restrict Klopp’s threatening forwards while the game was played on the flanks, with Ivan Perisic largely involved in a personal march against Alexander-Arnold in a scoreless first half.

Inter Milan was again the better team for much of the second half, but they were unable to convert any of their several chances. Edin Dzeko and Lautaro Martinez, in particular, were ineffective in front of goal.

Liverpool scored after 70 minutes on a header from a corner kick by Roberto Firmino, and Simone Inzaghi’s squad lost confidence after that. They promptly let up another goal to Mohamed Salah.

Inter Milan continued a troubling pattern in the first leg defeat. For the most part, Inzaghi’s club seemed to be the better side, as it had in the Milan derby earlier in the month. However, something shifted in this team’s thinking after surrendering a goal. They appear to be frightened, insecure, and have entirely changed their demeanour.

Inzaghi showed his disappointment in the post-match interview, saying, “We hope we don’t have to play Liverpool in every match.” “I’m happy of the squad; we played well, but we didn’t get the rewards we deserved for our greatest moments,” he remarked. “Then, for the first time, we were punished by an unbelievable goal.”

“I congratulated the team on their performance, we would have deserved more but what we showed tonight should bode well for what comes in the future. Inter have stood up to one of the two strongest teams in Europe, evenings like this must give us self-belief because we played a great match. I think this match must be a starting point. We’ve played many excellent matches during the season, but we’ve never come up against a team of the quality of Liverpool before.”

Inter Milan will now go to Anfield next month (streaming on Paramount+), where they will need two goals to advance to the Champions League quarterfinals. Inzaghi and Inter must break the habit of letting up after surrendering a goal. Wednesday must serve as a lesson for the future.

Van Dijk performed admirably on a trickier night than many others this season.

Virgil van Dijk’s six-month return from injury has been devoid of moments in which he might reaffirm his claim to be the world’s finest centre defender. That is, of course, through no fault of his own; the plain truth of being a defender in this Liverpool team is that the ball is usually far away from where you are meant to be.

Van Dijk has always been a key component of his team’s possession game. In bursts during the Premier League season, he has showed enough to suggest that the anterior cruciate ligament injury that interrupted his (and Liverpool’s) season in October 2020 had no long-term consequences.

We got to witness that pre-injury, peak-of-his-powers Van Dijk again thanks to Inter. This is a centre back for whom everything comes much too effortlessly, one who has probably barely had to break a sweat since moving to Anfield. Inter Milan, who were well-organised, innovative, and energetic, threw all they could at Van Dijk. They scarcely made a dent.

He is vivacious. Ivan Perisic unleashed a barrage of crosses. Liverpool’s skipper didn’t appear to notice as he swatted them aside.

There are tougher foot races in European football than Edin Dzeko’s 35-year-old, a player who moves with the explosiveness of an older lighthouse keeper. Van Dijk, on the other hand, didn’t have to be that cruel in snatching the ball away from him. As the Inter Milan attacker dashed for the ball with all the energy he could summon, his covering defender glided by him with no hint that he needed to shorten his stride.

Dzeko deserves credit for at least attempting to outmanoeuvre his enormous opponent. Lautaro Martinez, on the other hand, saw a one-on-one with Van Dijk and decided he’d rather face the other nine outfielders.

While his teammate, the brilliant Ibrahima Konate, was savouring Inter’s attacks, Van Dijk appeared pleased to keep his opponent at arm’s length. He would explain after the game that he was well aware of the pressure being applied to Liverpool’s goal, especially early in the second half when territory favoured the hosts, but you never got the impression that he was nervous.

“Everyone expects to be under pressure, it is the Champions League,” Van Dijk said. “The message before was you need to be ready to suffer and do the hard work. It is a very good performance, clean sheet and happy days.”

This just served to exacerbate Simone Inzaghi’s fury. They delivered an outstanding effort in every aspect of the game. Without the ball, their pressing was cunning enough to box Liverpool into their own third without committing the numbers forward that would leave them exposed at the back.

When they possessed the ball, they could maintain it in dangerous locations for lengthy periods of time, with Perisic peppering the Liverpool box with inviting crosses and Hakan Calhanoglu darting about the penalty area. There were several voids between Trent Alexander-Arnold and Andrew Robertson. Inter were taking advantage of them. 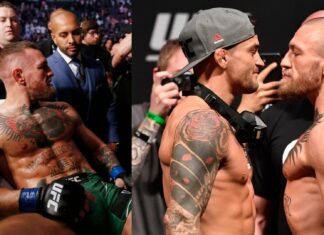 Breaking News and Top Stories
Dustin Poirier, Conor McGregor make weight ahead of UFC 264. With both fighters finally weighing their UFC 2, the last obstacle to... 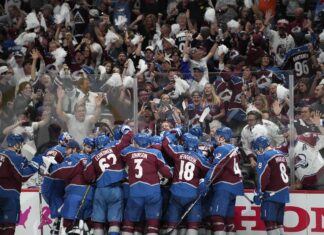 Breaking News and Top Stories
With little over six minutes remaining, Ondrej Palat scored to send the Lightning to a 3-2 victory against the Avalanche in Game... 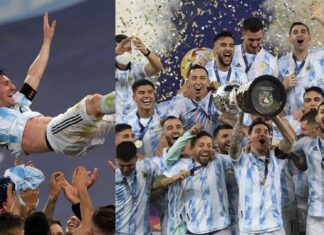