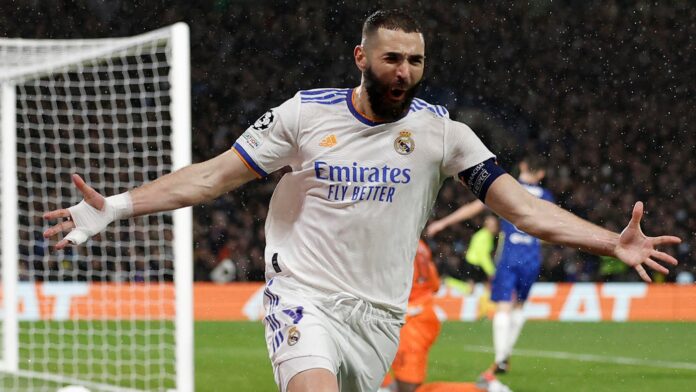 Karim Benzema scored a spectacular treble to put Real Madrid ahead of reigning champions Chelsea in the Champions League quarter-finals.

Benzema brought his amazing run of form in the tournament to Stamford Bridge after scoring a sensational quickfire hat-trick to defeat Paris Saint-Germain in the second leg of the Round of 16 contest.

Following a wonderful run and cross from Vinicius Junior, the Frenchman scored spectacularly in the 21st minute, putting a header beyond the reach of Blues goalkeeper Edouard Mendy. Three minutes later, Benzema increased the visitors’ advantage with another magnificent header from Luka Modric’s ball.

Kai Havertz’s fantastic strike after Jorginho’s lofted cross into the box cut the deficit in half five minutes before halftime. However, Benzema restored Madrid’s two-goal lead in the opening minute of the second half, completing his hat-trick by capitalizing on a terrible and uncommon blunder by Blues goalkeeper Edouard Mendy. Here are five key takeaways from the action at Stamford Bridge.

The Frenchman delivered a spectacular display at Stamford Bridge, adding to his stunning hat-trick against PSG with another against the defending European champions. His link-up play, positional knowledge, and, of course, his ability to bend his body and steer powerful headers past even the greatest goalkeepers were all on display in his first two goals. While the third was a gift, it was the product of his tireless and never-ending pushing — even more admirable given his advanced age.

Chelsea‘s Edouard Mendy’s redemption tale has been spectacular. At the age of 22, he registered as jobless and was about to give up football until a friend suggested him to Marseille, where he became the club’s fourth-choice goalkeeper. Six years later, he maintained a clean sheet in the Champions League final as the Blues won a historic victory over Manchester City, and he was selected to the tournament’s best team.

To go along with his great personal record, the Senegalese shot-stopper helped his country win their first-ever AFCON this year before leading them to the World Cup finals. Nonetheless, he braved a rare moment of insanity to allow Real Madrid to score a third goal on the night.

It should be remembered that PSG goalkeeper Gianluigi Donnarumma made a similar error in the Round of 16 clashes against Madrid, who press high against goalkeepers – as they did against Liverpool’s Loris Karius in the 2018 final. Mendy’s error may prove to be a highly costly one but after two seasons of superb consistency – Chelsea fans should not be too frustrated.

Just as with goalkeeper Mendy, Chelsea fans would be able to count the notable errors from boss Thomas Tuchel on the fingers of one hand. However, the German appeared to get his setup wrong for this game.

The Blues played with a 3-4-3 formation against Madrid’s 4-3-3, giving the visitors an additional midfielder, and Chelsea was repeatedly caught off guard in transition phases by their opponents in the first half, as they surged through the middle at whim to expose the defense. At halftime, Mateo Kovacic came in to replace N’Golo Kante, but the first approach had already been punished. 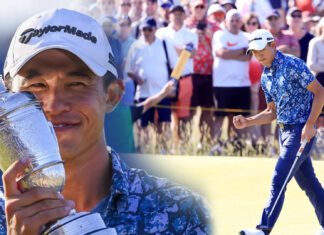 Liverpool’s win at Arsenal gives them the momentum to eclipse Manchester... 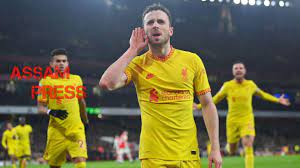 Sports
Momentum is a crucial component for any club seeking a league title, and Liverpool currently has plenty of it. Manchester City lacks...

Olympics 2021 Ride in Style at the Olympics with a Baseball... 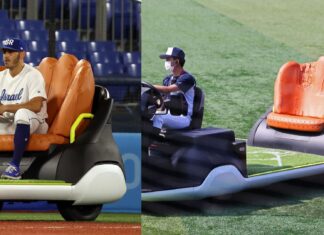 Breaking News and Top Stories
Olympics 2021 Ride in Style at the Olympics with a Baseball Bullpen car Featuring a Baseball Glove Throne. The bullpen vehicle, which...