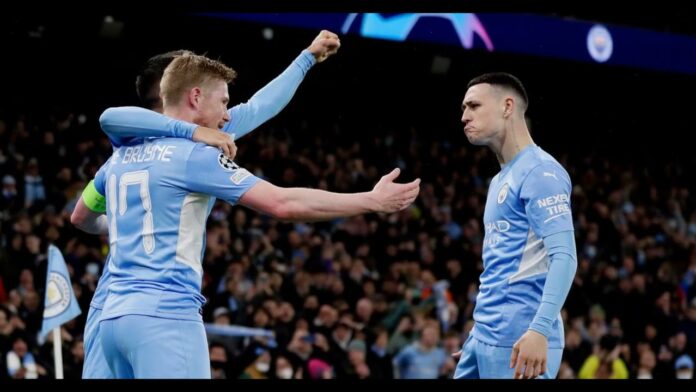 Atletico Madrid put on a Diego Simeone master lesson at the Etihad Stadium for nearly 70 minutes. Then there was Phil Foden.

The 21-year-old England midfielder came on in the 68th minute, and Manchester City was up 1-0 less than 90 seconds later, on their way to a perfect start to a 10-day span that may define their season.

The Premier League match against Liverpool is on Sunday, followed by the return leg in Madrid on Tuesday, and the FA Cup semifinal against Liverpool at Wembley on Saturday. Foden made his case to start them all in just 20 minutes here.

He made such a difference in the first leg of the Champions League quarterfinal that after the final whistle blew, goal scorer Kevin De Bruyne ran over to give him a hug and a handshake. City might not have found a way past Simeone’s tight game plan if Foden had sat on the bench, and the tie would have been on a knife’s edge heading to Spain next week.

“It’s very difficult to find spaces in a difficult game against a tough opponent,” Guardiola said later. “They defend so brilliantly, so compactly and so deeply, and we need talent in tiny places like Phil Foden has showed.” Because they are top-tier players, they may punish you on the counterattack. Phil Foden possesses a unique quality. His greetings are always friendly, and he maintains his cool when assisting Kevin.

“It’s a good result; regrettably, we had one or two more chances towards the end, but 1-0 to head to Madrid is a good result.” To be honest, I didn’t expect to win by three or four goals.”

By Simeone’s design, games against Atletico are frequently decided by razor-thin margins, but Foden is capable of threading a perfect pass through even the tightest of spaces.

“We tried to keep it tight and counterattack as much as possible. We couldn’t hurt them in the first half since they didn’t get a shot on target “After the game, Simeone stated. “We had some more dangerous counterattacks in the second half, and then they scored. Both [coaches] were looking at what he had to go through in a very tactical game.”

On the touchline, Guardiola and Simeone wore the same long black coat to protect themselves from the rain in Manchester, but their footballing tactics could not have been more dissimilar. For lengthy stretches, Atletico’s red and white jerseys were positioned in two lines in front of Jan Oblak’s goal, while Guardiola spent the first half encouraging his center-back, John Stones, to advance higher up the ground. City enjoyed 80 percent possession after 20 minutes, however, Guardiola appeared to be well aware of the menace lurking beneath the Spanish champions’ low block.

Guardiola knelt down in his technical area every time Atletico set a trap, even if it was from the edge of their own penalty area, bracing himself for the worst. Atletico tried to play into the space behind Nathan Ake, who was deputized at left-back in the reshuffle that saw Joao Cancelo shifted to right-back to cover for Kyle Walker’s absence due to suspension, twice in the first five minutes. However, Atleti’s offensive danger was minimal throughout the night.

Guardiola seems to scoff at the assumption that Atletico Madrid is simply a defensive squad during his Monday press conference. In the first half, however, there was little to suggest otherwise. Simeone’s team went into halftime with neither a shot on Ederson nor a corner. It wasn’t exactly drool-worthy football, but Atletico has elevated defense to an art form, and City’s greatest chance came from an Aymeric Laporte header from a corner with two-thirds of the game gone.

“They’re extremely good,” Guardiola remarked. “They’ve been together for a long time. We only made a few things. They are skilled in a variety of areas and have the patience and time to defend for extended periods of time. In this tournament, facing a team with a lot of experience is not simple. We’ll go there to score and win once more.”

Whether you like Simeone’s style or not, very few players are able to do so at the Etihad these days. City had only failed to score in one of their previous 28 Champions League home games under Guardiola, but it wasn’t until Foden came on, along with Jack Grealish and Gabriel Jesus, that they appeared to be on their way to making it one in 29. He scooped up the ball in a tight position on the edge of the box almost instantly, dragged five Atletico defenders toward him, and lifted his head to pass to De Bruyne. It was one of two standout performances in the game, the other coming from Foden when he danced his way down the byline to create another opportunity for De Bruyne

“We assumed he’d start,” Simeone said of Foden, who is “extremely dynamic, very quick, and powerful in finishing off movements.” “He entered the game in the second half. Any of the three people who came on have good qualities. I enjoy watching Manchester play because of their patience.”

Joao Felix of Atletico Madrid is frequently cited as a future Ballon d’Or winner, but Phil Foden, who is a year younger, deserves to be mentioned in the same conversation. Continue to have an impact on the biggest games, and he’ll be right in the middle of it in no time. As City’s season nears the end, he should get another chance against Liverpool on Sunday. There are three more to go. 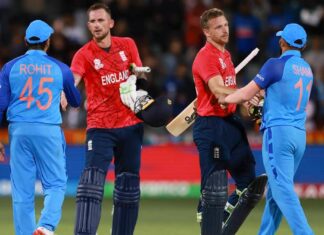 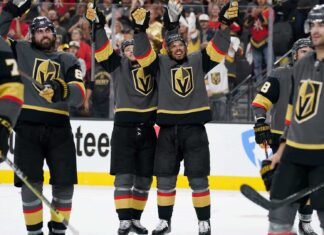 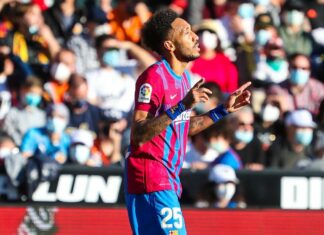 Sports
Pierre-Emerick For the first time in a Barcelona jersey, Aubameyang was over heels as Barcelona defeated Valencia 4-1 at Mestalla.