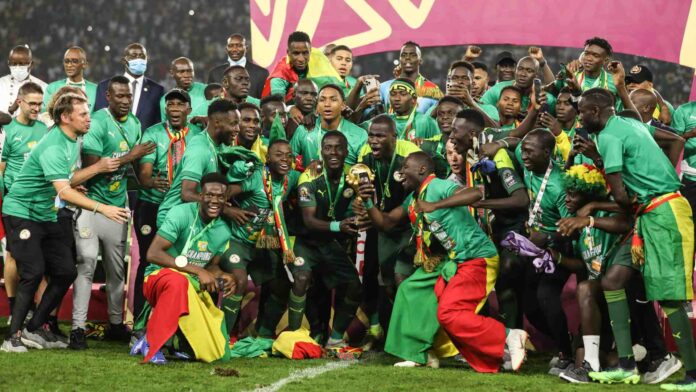 Senegal won the Africa Cup of Nations final on penalties 4-2 after the teams couldn’t be separated after 120 minutes of scoreless play. Senegal took the lead when Chelsea goalkeeper Edouard Mendy made a fourth-round save, and Liverpool talisman Sadio Mane scored the winning penalty shoot.

“We’re African champions,” Senegal head coach Aliou Cisse declared following the game. “It’s been a long, hard road with many twists and turns, but we never gave up.”

“This was a difficult encounter as well; we missed the penalty and had other chances that we were unable to capitalise on, but the guys never gave up.”

“Our demonstrates the mental fortitude of this generation.”

The drama of the final began almost immediately, as Egypt’s Mohamed Abdelmonem conceded a penalty four minutes into the game. However, goalkeeper Mohamed Abougabal would atone for his defender’s blunder, save Mane’s penalty kick to maintain the game scoreless.

That would be the case for the next 90 minutes. Abougabal made five stops in normal time, while Mendy added two of his own as the game entered extra time tied at 0-0.

After another half-hour of scoreless play to force the shootout, another Abdelmonem gaffe almost cost Egypt. The 23-year-old Al Ahly midfielder hit the post in the second round of shooters, giving Senegal the lead. However, Abougabal would to to his team’s rescue once more, save Bouna Sarr’s effort in the third round, after which Marwan Hamdy’s conversion placed the sides back on equal footing.

Mendy, the 2022 FIFA The Best award winner, changed the course of the game in the fourth round, save Mohanad Lasheen’s shot to put Senegal back in ahead. And, after his first-half penalty was saved, Mane returned to the spot and tucked home the winner with a right-footed attempt.

“It was a long match, and our boys are very tired,” Egypt assistant coach Diyaa El-Sayed, standing in for suspended Carlos Queiroz, told ESPN.

“It’s the fourth time we’ve played for 120 minutes, and I’d like to thank the players for their efforts.

“I’d also want to congratulate Senegal on their cup victory.

“We apologise to the Egyptian people, but our lads performed brilliantly and put forth a lot of effort. This is a football game.”

Senegal coach Aliou Cisse, who was captain of the team in 2002 when they lost the final on penalties against Cameroon following a goalless draw, may have received some poetic justice.

Egypt struggled to get into the game and generated just half-chances, with star Mohamed Salah completely ineffectual.

Salah was overcome with emotion at the end, having already lost 2017 final to Cameroon and seen Liverpool teammate Mane seal his destiny this time.

When Salah cut inside off the right and forced a nice stop from Mendy, Egypt finally created some concern in the Senegal box.

The pattern of play remained in the second half, with Senegal doing the majority of the attacking, as Gabal denied both Famara Diedhiou and Mane in rapid succession. At the other end, Marwan Hamdi flashed a header beyond, and Gabal made another fantastic save to deny replacement Bamba Dieng in the opening half of extra time. 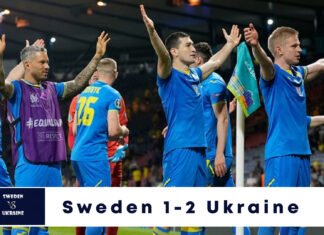 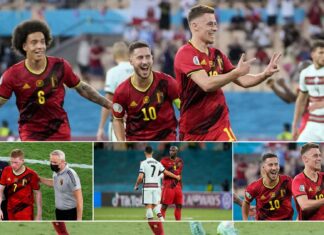 Breaking News and Top Stories
Belgium VS Portugal Score: The 22 superstars took the pitch—Belgium versus Portugal. The two teams meet for the first time in an... 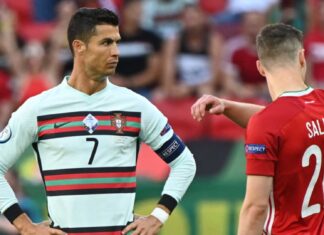