Portugal’s 3-1 victory against Turkey last week appears to be comfortable, but the game did not go to extra time. Portugal had a 2-0 lead at halftime with goals from Otávio and Diogo Jota, before Burak Yilmaz cut the margin in half midway through the second half. With five minutes to go, Yilmaz had an opportunity to tie the game from the penalty spot, but he fluffed his lines and sent his penalty over the bar. As Turkey sought an equaliser, Portugal’s substitute Matheus Nunes sealed the win late in injury time.

Joao Cancelo, who was punished for Portugal’s semi-final triumph against Turkey, will return on Tuesday. In what might be Fernando Santos’ sole change to the starting XI, he is expected to replace Diogo Dalot, with Danilo Pereira and José Fonte at the back and Diogo Costa between the sticks. Portugal has the benefit of playing at home, and Cristiano Ronaldo has stated that he wants “hell to burst out” inside the stadium.

When North Macedonia defeated Italy 1-0 in Palermo, it was a huge upset. The European champions had 32 efforts on target, but former Palermo forward Aleksandar Trajkovski scored in injury time to secure a historic outcome that means Italy will miss the World Cup for the second time in three years.

If North Macedonia qualifies, it will be their first World Cup appearance. Eljif Elmas and Tihomir Kostadinov were suspended for Blagoja Milevski’s team against Italy, but the duo should return to the midfield in Porto. Boban Nikolov was ejected from the match against Italy and will be evaluated. Bojan Miovski, who set up Trajkovski’s late victory, will be looking to unseat Milan Ristovski in the starting lineup. Portugal is expected to qualify.

Following Fifa’s suspension of Russia from the competition due to the country’s invasion of Ukraine, Poland was handed a bye. They played a friendly against Scotland at Hampden on Thursday night to build up for this match. In a 1-1 tie, Krzysztof Piatek’s late penalty cancelled out Kieran Tierney’s opening, but Poland paid a price. Both Arkadiusz Milik and Bartosz Salamon have been forced to withdraw from the team due to injuries.

Szymon Zurkowski may remain in the middle of the park now that Mateusz Klich has been suspended. Both Wojciech Szczesny and Robert Lewandowski were rested for the friendly against Scotland, but they are set to return. Despite having home advantage, Poland has lost its previous six games against Sweden.

Dejan Kulusevski suffered a hard knock to his cheekbone, but the Tottenham winger is unlikely to miss the midweek match. Both Zlatan Ibrahimovic and Emil Krafth have returned to the team after serving suspensions. Ibrahimovic will likely start alongside Alexander Isak, with Kulusevski shifting to the wing to make room for the Milan striker. Despite Krafth’s comeback, Marcus Danielson put in a strong performance at right-back against the Czech Republic and might maintain his job. In the close victory, Martin Olsson was pushed off, and Pierre Bengtsson is expected to start at left-back in his place. Sweden is expected to qualify.

For the third time in two months, Senegal and Egypt will clash. Senegal won the Africa Cup of Nations final in early February, but Egypt has the upper hand in this tie following a 1-0 triumph in the first leg in Cairo thanks to an own goal by Saliou Ciss.

Senegal will be missing Abdou Diallo, who was injured in the first leg last week and only played 14 minutes. Pape Abou Cissé is slated to fill in for Kalidou Koulibaly at centre-back. Senegal is unlikely to make wholesale changes after dominating the game in Egypt last week but failing to find a breakthrough.

Egypt has some defence challenges. Mohamed Abdelmonem, one of the Afcon’s stars, is slated to miss the tournament after undergoing surgery to repair a broken nose, while his defence partner Mahmoud Hamdi El Wensh is suspended. At the centre of the defence, Yasser Ibrahim and Mahmoud Alaa might start. Trézéguet is expected to play with Mohamed Salah and Mostafa Mohamed farther up the field. Egypt is expected to qualify.

Ghana fought valiantly in the first leg on Friday night, but were unable to break down Nigeria, and now go to Abuja with the hopes of keeping the game tight and snatching a winner. In the previous 15 years, they have won three and drawn two of their five matches against Nigeria.

Ghana’s interim coach Otto Addo is expected to name the same starting lineup for the second match. Andre Ayew has been suspended indefinitely, which is a major setback. Abdul Issahaku is expected to line up behind teenage striker Felix Ohene-Gyan with Jordan Ayew and Mohammed Kudus in an attempt to cause an upset.

Augustine Eguavoen has plenty of alternatives to call on if needed, with Ademola Lookman and Emmanuel Dennis – who has nine Premier League goals this season – both coming off the bench last week. As Nigeria’s usual goalkeeper Maduka Okoye struggles with sickness, Francis Uzoho is set to preserve his spot between the posts. Nigeria is expected to qualify. 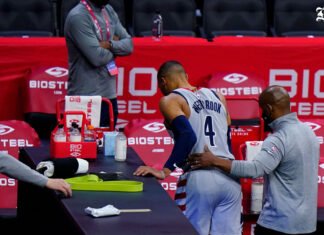 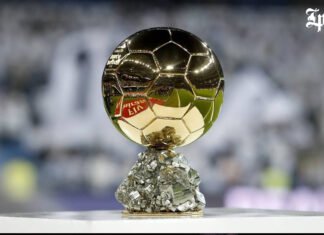 Sports
Canceling the Ballon d'Or award for 2020 has fans all around the globe wondering who would have received the special honor. Lionel... 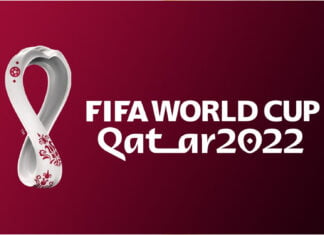