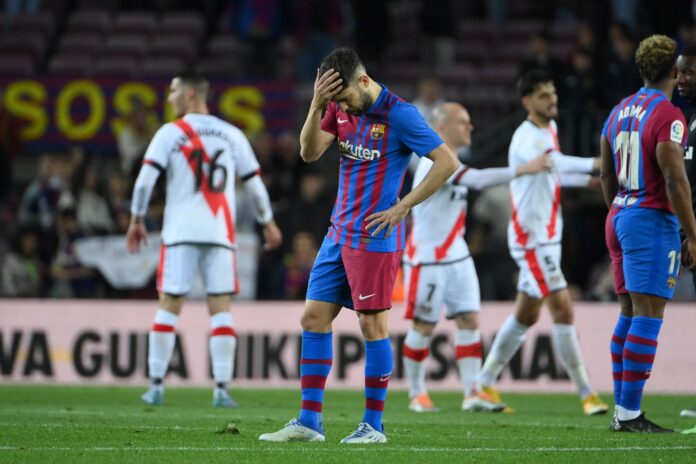 Barcelona witnessed a 1-0 defeat from Rayo Vallecano on Sunday making it their third consecutive home defeat this season. This is the first time ever that this team has lost three games back to back at their own home. Alvaro Garcia was quick to put the ball behind the sticks in the very first seven minutes of the game. Barcelona tried to build attacking moments throughout the game but to no use as Rayo Vallecano defended every attack, and sometimes the post defended the shots with luck lacking Barcelona’s side.

Making unwanted history, the club lost to Eintracht Frankfurt in the Europa League while also against Cadiz in Laliga on Monday. The last time that the club lost three games in a row at their home ground Camp Nou was in 1998 but that was split over two seasons.

This defeat ended Barcelona’s hopes of catching the top team in the LaLiga table-Real Madrid and it means that Real Madrid can now clinch the league title by either drawing or winning at home to Espanyol on coming Saturday.

While holding the second position on the LaLiga scoreboard, level on points with Sevilla and two points up from Athletico Madrid, the team will still be nervously looking over their shoulders as the competition is still going strong and only the top four teams will be qualifying for the champions league.

Xavi is disappointed in his team’s performance and said that he is angry and frustrated. As per him, they had a golden chance to put some gap between themselves and the other teams. “ We were not clinical at all, We should have created enough chances and then should have converted them but it was the same as with Cadiz and Frankfurt.”

He further added,” We are all fired up with the great run in the league and the Europa League. I understand that it is not easy for the fans to see us struggling for the second position but we have to be in the champions league next season. There is a lot at stake here. While in Barcelona’s history, it is all about coming first but we have to keep motivating ourselves to stay in the second position.

Garcia sealed the game for the visitors when he opened the scoring for his team in the seventh minute, receiving the ball inside the box and then converting it behind the sticks.

Barcelona failed to covert a lot of golden chances despite getting 14 minutes of stoppage times at the end of the second half.

While an ambitious try from Jordi Alba came close to Barcelona scoring in the 25th minute, the shot went out touching the outside of the right post. In a futile attempt to score, Xavi presented three forwards off the bench in the last half as Memphis Depay, Adama Traore and Luuk de Jong all came on before the 71st minute.

Traore caused a panic in the Rayo protection in the 76th minute with a staggering cross into the penalty region, yet it was cleared to somewhere safe and secure by Rayo winger Isi.

After four minutes Depay took a stab from the edge of the crate however his shot, straight down the center of the objective, was saved by goalkeeper Stole Dimitrievski.

Barcelona kept on pressing in stoppage time and compromised various times, however Rayo stuck on for the three points which controlled them further away from the relegation zone. 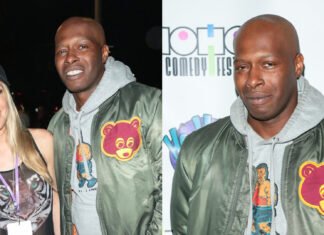 Nick Cannon Is Expecting 4th Baby in a Year According to... 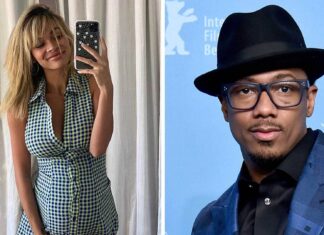 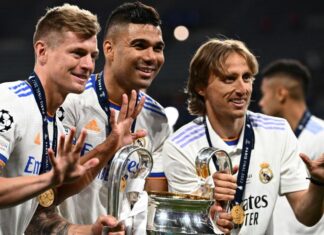