She was surrounded by all her family and friends. We have lost a loving mother, grandmother, sister, aunt, and a friend,” the statement said.

She was the secretary of state from the year 1997 to 2001 during the Clinton Administration.

“Hillary and I are profoundly saddened by the passing of Madeleine Albright. She was one of the finest secretaries of state, an outstanding UN ambassador, a brilliant professor, and an extraordinary human being,” former President Bill Clinton said in a statement Wednesday afternoon. “Few leaders have been so perfectly suited for the times in which they served.”

Albright was born in what was back then Czechoslovakia and had to flee from the country with her family after the Nazis occupied the country in 1939. Albright’s father Josef was a part of the Czechoslovak foreign services and became ambassador to Yugoslavia, according to a biography from the state Department Office of the Historian.

“She had fled persecution as an immigrant. A refugee looking for a safe home. She, like so many others before her — and after her — was happy to be an American. She fought convention and shattered boundaries, again and again, to make the nation she loved even better “In a statement released on Wednesday, Biden said. “Madeleine was a force for goodness, elegance, and decency—as well as for freedom.”

To commemorate Albright, Biden has ordered that flags at the White House and all US government buildings and grounds be flown at half-staff.

After Yugoslavia’s communist takeover in 1948, her family relocated to Denver, Colorado, according to the Office of the Historian. Albright became a US citizen in 1957 and graduated with honours from Wellesley College with a bachelor’s degree in political science in 1959. According to the office, she got a PhD in Public Law and Government from Columbia University in 1976.

From 1976 to 1978, Albright worked as the top legislative assistant to the late Senator Edmund Muskie, a Democrat from Maine. From 1978 to 1981, she worked as a White House staff member for former President Jimmy Carter and served on the National Security Council, according to the office.

Clinton selected her as Ambassador to the United Nations in 1993, before becoming Secretary of State

“As Secretary of State, Albright advocated for NATO’s expansion eastward into former Soviet bloc countries and the non-proliferation of nuclear weapons from former Soviet republics to rogue states,” according to the Office of the Historian.

During a meeting of the General Assembly Emergency Special Session on Ukraine on Wednesday, Linda Thomas-Greenfield, the current US ambassador to the United Nations, hailed Albright “a pioneer and a light.”

Last June, Albright talked ahead of a summit between Russian and American leaders in Geneva. Albright recalls meeting Russian President Vladimir Putin for the first time in 1999. She stated that he was “working very hard to ingratiate himself with President Clinton.”

“My initial impression of him was that he was still figuring out who he was. But my opinion after the second and third encounters was that he enjoyed being in the Kremlin with all of its history, that he was clever, that he was prepared, and that he had a plan for how things would proceed. “ 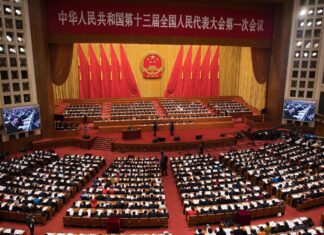 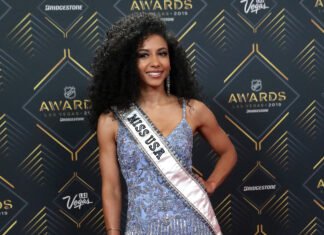 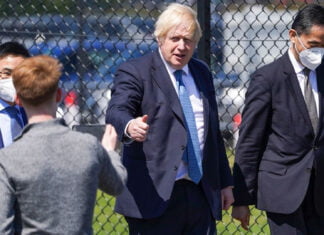